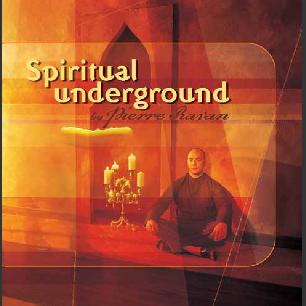 This CD was dedicated to my Divine Master and my Daughter Alisha/Leila with Love. “MUSIC, the word we use in our everyday language, Is nothing less than the picture of our Beloved. It’s because music is the picture of our Beloved that we love music.” Ancient Sufi folklore has a story about the origins of man when God created man and how he wanted the Divine Spirit to live within him. The Spirit was unwilling to live in a mortal shell, so God placed an angel in Adam to play some melody and rhythms.
The divine spirit was so moved and touched by the melody that it followed the angel and has lived in man ever since. This is why music has such an effect on people and its mission in life is to resurrect a little of the Divine Spirit in all mankind. In all the occupations of life where beauty has been the inspiration, where the Divine wine has been poured out, there is music.
The Whole concept and intention behind this CD is to take you on a Spiritual Journey through music and to convey the message of Love, Peace and Unity. All tracks chosen for this compilation are timeless starting from the HEART region (CDI) which is Deep&Soulful and reaching the SOUL region (CDII) which is Dark & Progressive, but the final goal is to go beyond the light in the direction of darkness.